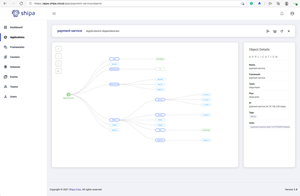 The new cloud-managed platform offers developers, platform engineers, and DevOps teams a faster, simpler, and more productive way to manage and support cloud native applications – and do so without Kubernetes expertise.

“Kubernetes is a powerful and requisite tool for modern application development but, for too many enterprises now leveraging it, remains frustratingly complex to manage. This is especially true for developers,” said Bruno Andrade, CEO, Shipa. “We launched Shipa in 2020 to take many of those infrastructure tasks off of developers’ plates. We enable developers to focus on application deployment and management, while also empowering DevOps to set up the control and compliance policies they require.”

Many enterprises begin building their own internal developer platform before realizing they are spending far too many resources trying to keep it up – hampering productivity and the developer experience. Shipa Cloud solves this problem. The new Shipa Cloud platform accelerates how fast enterprises can now get started with Shipa’s technology, speeding up enterprises’ development and iteration of cloud-native applications and microservices throughout their organization.

Shipa Cloud provides a secure developer-centric platform for managing and operating applications on Kubernetes, including the automatic creation and deployment of all required Kubernetes objects. The platform works within the application layer, ensuring developers can see an application’s entire context without ever interacting with the infrastructure or even needing to know that Kubernetes is under the hood. With a control plane hosted by Shipa, Shipa Cloud enables DevOps teams to automatically enforce all necessary rules and governance, and plug into their existing stack across ingress, monitoring, alerts, and more.

Features and benefits of Shipa Cloud include:

Get started with Shipa Cloud and sign up for a free 14-day trial: shipa.io/getting-started/

A graphic accompanying this announcement is available at https://www.globenewswire.com/NewsRoom/AttachmentNg/e4772af8-10bc-4420-969b-2b05f9796a1b

Oscar De La Hoya, King Of Pay-Per-View To Return To The Ring on Triller

Oscar De La Hoya, King Of Pay-Per-View To Return To The Ring on Triller